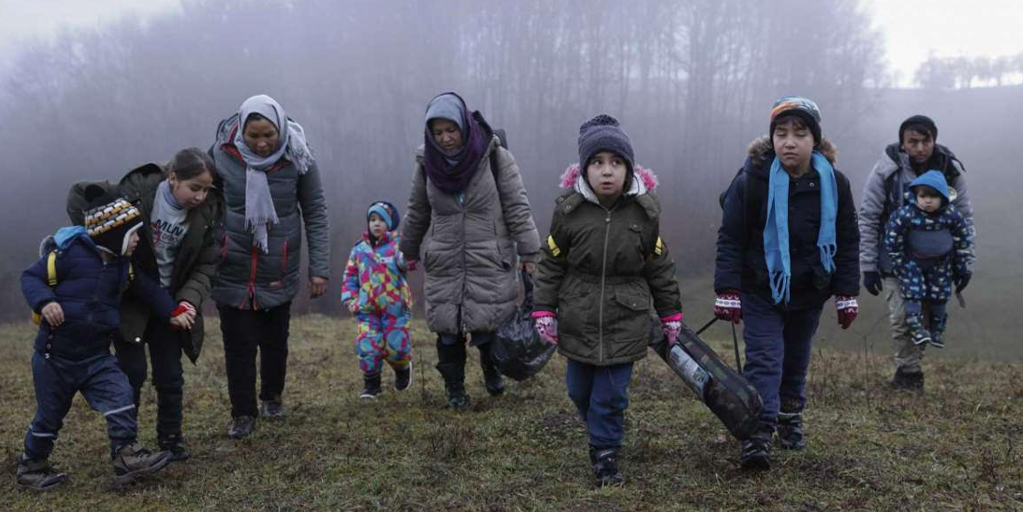 A huge fire broke out Wednesday, December 23 at a temporary migrant camp Lipa, 25 km from the City of Bihac, Bosnia.

Thick black smoke rose from the Lipa tent camp near the Croatian border that housed thousands of migrants. Refugees were seen running away in panic from the fire and kept under the open sky in these chilling winter days and nights at minus six Celsius. About 10K migrants/refugees are stuck in Bosnia.

Lipa Camp The central government wanted the migrants to temporarily return to the Bira camp in Bihac, which was shut down in October, but local authorities disagreed saying that other parts of Bosnia should also share the burden of the migrant crisis. Thousands of migrants in Bosnia-Herzegovina had been set to face winter with no water or electricity in and around the infamous Lipa camp. Officials are now squabbling over moving them to a new site.

Your assistance will make a big difference however small